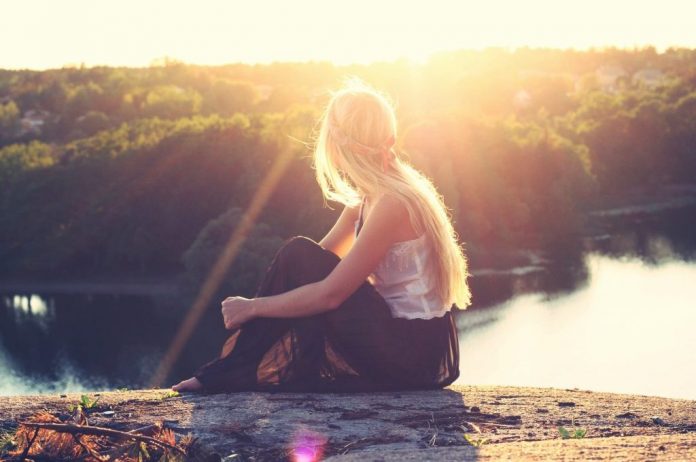 Modern-Day Dating and Relationship Advice For Men: From their core, women are attracted to the strong guy...

Few of them go out looking for the weakest guy as a potential mate from the online dating website. So, let’s say, then, that the strong guy is you. You look good, you look strong, you’ve got a great job. Perfect. You can give her good-looking, strong kids, provide a comfortable living for her, and kick the crap out of anybody or anything you see as a threat to her. You are the man! Not so fast. Those are things that you already know are attractive.

They have always been attractive assets throughout history: Hercules, Alexander the Great, Denzel, George. Those guys represent what we view as Alpha males. The rest of us men strive to become something similar to them. We work hard, we work out, get a better job. We buy expensive clothes, get nice cars, trim our mustaches, get a haircut every week. All to give the “peacock effect” that we are certain will attract the woman we want.

When I say “under attack,” you think I mean in an aggressive way. I don’t. Well, not necessarily. I mean, if you are aggressive towards her feelings, that isn’t good either. Like when she says your yelling at her during an argument makes her not want to talk to you anymore. You tell her that you always yell when you’re angry. Very aggressive. No good. What you really said is that you don’t care how she feels. You need to yell. Is the problem solved after you’re done yelling? No, because you’re yelling and she ain’t listening so you’ve solved nothing. Now, that type of aggressive attack is almost an easy one for men to rectify.

I just stop yelling, you think to yourself. What you have effectively put into play, though, is her reluctance to bring up problems to you. Problems accumulate, she’s unhappy, and you think it’s all because of her and her own issues.

Dating and Relationship Advice For Men – Women Want to be Comfortable

Here is the “aggressive attack” that isn’t that clear to us. The one with Pete. Her boss. The one where you were certain you did everything right. They didn’t even have to think about what to do. You thought you listened, you didn’t yell, you threw out a small suggestion and that was it, you were wrong, Kemosabe.

You discounted her feelings from the moment she walked into the room and now you’ve either laid the foundation or further confirmed to her why she should never bring up a problem to you. She’ll just talk to her girlfriend Sally when she has a problem. The Sally you can’t stand because she always talks to Sally about your problems. Then you bring that up and it’s another argument and you’re back to square one. Get the picture? Do you see how this can easily become a never-ending cycle?

RELATED ARTICLE: Dating Russian Women – Are You Ready For a Long Distance Relationship?

Again, this wasn’t a problem that generations before us had. The man of the house said what he said and, for the most part, that was the end of it. He had a lot on his plate on a daily basis, what with the job, taking care of the family economics, keeping the family safe, and all that. Many women now have those responsibilities plus still have the “woman” responsibilities of childcare, house cleaning, etc.

Dating and Relationship Tips For Men. Just as they had to understand where the man of the house was coming from, with this new woman, we men must understand where they are coming from. As we men wanted to know that our masculinity and authority were not being ignored, women want to be comfortable in the knowledge that their feelings are not being ignored. Just as they did that for us, we must now reciprocate and do that for them. Look, it’s not an easy task because, like the new woman, this “new man” has no road map.

We weren’t taught to embrace our feelings. Men don’t cry. Remember? Now, don’t get me wrong. I’m not saying to start balling your eyes out like some pussy whipped maniac. You’re still allowed to embrace and enjoy many of the attributes that were handed down to us that personified what we call masculinity.

I just think those attributes will be continually redefined as more generations come but for right now, don’t beat yourself up if you don’t feel comfortable with a good cry or if you still want to open a door for women.

What I am saying, though, is that you must temper that, a balance that with emotional access to yourself that allows women to know that you understand that they are valid and equal to you while being different from you. You need to make sure that they know that their feelings won’t be judged even if you don’t understand them (and most of the time, my friend, you won’t). Does this make sense?

ABOUT US
Dating Scam Provides a piece of news about Dating and Online Dating and helps People. If you have any information about Dating Fraud and Scam than contact us on our Email Id…
Contact us: info@datinggroup.in
FOLLOW US
© 2020 Dating Group Developed By : Vihaa Infosoft
Loading Comments...
%d bloggers like this: